For many who don't believe in homoeopathy, the problem with it is this: homoeopathic dilution. 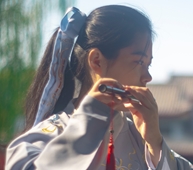 Homoeopathic medicines, called remedies - are made from all sorts of substances, ranging from foods like coffee and onions to poisons like mercury and arsenic. They include venom from bees and snakes, and common flavourings like salt and pepper.

Common to all remedies is that in their original state they cause symptoms.

Conversely, water isn't much use as a remedy because in normal quantities it causes no symptoms, and its lack is dangerous to health.

Quinine which was probably the first medicine tested (on himself) by Hahnemann, produced feverish symptoms common in the 18th century, such as those caused by cholera.

This similarity led Hahnemann to the principles behind homoeopathy, that a substance that causes symptoms in a healthy person, can cure someone who is ill with similar symptoms.

The trouble is, as Hahnemann quickly found out, that if you give something highly poisonous to someone, even someone healthy, they may not only get ill, but die: a snag, to put it mildly!

So he diluted the poisons to make them less poisonous - and to preserve his life, because if your remedy kills your patient, you may be in some danger. The way he diluted them is important - called 'potentisation'.

By the time he had diluted them a considerable amount, beyond the point where, according to work done by Amadeo Avogadro, there was no possible remaining chemical trace of the original substance, he had a new problem. Since there was nothing chemical in the substance, how could it be medicinal?

This didn't appear to bother him much, but it's the source of endless problems for homoeopaths nowadays. Doctors and chemists simply can't credit that a non-chemical substance can have any medicinal effect, let alone a curative result.

Actually, Hahnemann had a very good answer for this problem, being very aware of the hugely damaging doses of poisons administered then, and now, by medicine. Dealing with the necessity to avoid, during homoeopathic treatment, anything that might interfere with the effect of the remedy and it's minuteness of dose, including other medicines, he wrote:

"The gentlest tones of a distant flute in the still of the night, which would raise a soft heart to over-earthly feelings and melt it away into religious rapture, become inaudible and futile amidst the extraneous clamour and noise of the day."

(p.227 Organon of the Medical Art by Samuel Hahnemann, Edited by WM O'Reilly)

Curiously, modern physicists, who are quite happy dealing with impossibly large numbers, don't seem so troubled, but then, as everyone knows, they only deal with things that are far too small to see or too large to worry about, or things that go off with such a big bang that nothing's ever the same again.

The fact remains that probably the vast proportion of successful homoeopathic practitioners use remedies in dilutions that stretch credulity - but their effect is evidenced by the gratitude over the centuries of millions of people who had been failed by 'orthodox' medicine.

'Orthodox' medicine? Actually we need our doctors of orthodox medicine. Not only are they amongst the brightest, but they study hard for many years to take care of the ill. Also, let's face it, they are very effective at dealing with acute pain - though you may be so strongly affected by the medicine that you can't think straight. But, acute pain they can manage. (Never mind the effect on your system of the drugs! Be grateful you aren't in pain.)

But chronic pain? Not so good! In fact, the medicines they use are often very debilitating.

If you live in a  country with an effective national health service you may have cause to be grateful to them if you break something, need emergency surgery or intensive care.

They can diagnose diseases which almost certainly homoeopathy can't treat, or which it can only palliate, and they can keep you alive where otherwise you may have died. So, honour your doctor.

But don't throw the baby out with the bath water!

Whether or not you think homoeopathic remedies, diluted as explained above, really work or are placebos, the ideas behind homoeopathy and its treatment of the vital force make a lot of sense when understood.

Unlike orthodox medicine, which basically has four different ways of treating you:

As your body, (actually its vital force), improves, it begins to use its natural ways of expression to rid itself of disease by means of what became known as the 'Law of Cure'.

The Law of Cure arises from observations made probably since antiquity on how you get better and suggests that in an ideal world, your symptoms are pushed from the more important towards the less important organs, from inside to outside, from the centre to the extremities, and often in reverse chronological order to their original occurrence.

The implications for modern medicine are considerable.

In particular, if any medicinal treatment, whether homoeopathic or from modern medicine or from any other tradition of healing, suppresses the best attempt of the vital force to rid itself of a condition by using say, a substance which is an 'ANTI-' something, then it may lower your energy, prolong the condition or, worse, push it inwards to a more vital part of your metabolism.

Conversely, if given the right treatment - whether in the form of a homoeopathic remedy or some other stimulus - the condition goes in the opposite direction, from inside to outside, from more important to less important and so on, as per the Law of Cure.

This is regularly observed by homoeopaths who use it as a guide to whether what they are doing is correct. Hence, sometimes, even when a given symptom appears to be better, but in herself the patient has not improved, the homoeopath will want to reverse the treatment, bring back the original condition and try again.

In homoeopathy, we use homoeopathic remedies as our preferred and safely tested method of treatment, but the theory doesn't demand them!