Potency and our sea of energy

The potency of a remedy can have a huge effect on how effective it is.

·        Today we swim in a sea of energy that is our environment. Ionising radiation waves are a natural phenomenon they are all around us in plant life; below us in the mineral elements of rocks and above us with the light of the sun and the planets.

Over the last 20 years the electromagnetic field has dramatically changed with the addition of harmful synthetic chemicals. [The chemical industry justifies their use of chemicals in food, pharmaceuticals, fabrics and many more industrial and household agents ; they claim everything around us is made  from chemicals] all matter is electrical in nature and is composed of atoms and each atom has three main sub atomic particles: protons, neutrons and electrons. The nature of each element of matter is determined by their sub atomic structure;

Neutrons have a negative and positive charge and balance each other out with an overall negative charge.

An electrical charge is called an ion. Ions are produced by a process of separation. For example Sodium Chloride dissolves in water it then gets separated into positive ions and negative ions. These ions or electrolytes transmit an electrical current across the cell membrane.

Other important elements are potassium, calcium and magnesium; their electrolytes are extremely important to maintain electrical and chemical homeostasis.

Ions produce ionising radiation.  Adverse radiation is strong electrical energy which can overwhelm the organism and this energy can separate molecular bonds that release free electrons known as free radicals which can be dangerous to living cells.

Makeup of the Atom

Protons and neutrons form the nucleus of the atom, whereas electrons circle the orbits.

The last orbit of every atom must have 8 electrons to be stable.

Sodium has the atomic number 11

2 electrons in the first orbit

8 in the second orbit and

1 electron in the last orbit

The Chlorine atomic number = 17 the orbit rota is 2, 8, and 7. You can see it needs 1 electron in the last orbit to be stable. For the Chlorine atom it is easier to accept 1 electron than give away 7. This atom becomes negatively charged forming a Chlorine ion [Cl -} 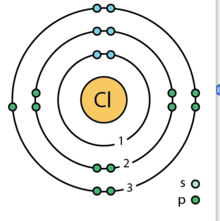 When the cell is overwhelmed by adverse energy it vibrates sub-atomic energy within the cell, atoms become unstable and the system becomes overloaded with toxins. This is when the homoeopath comes in with energy potencies to match the dis-ease of the system.

Homoeopathy is a holistic use of energy. We treat the patient [Mrs Jones not the disease ].  We find the similimum in our remedies to treat their individual dis-ease. 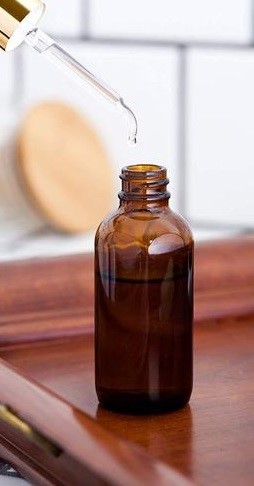 When you take an aspirin to alleviate flu or colds symptoms it acts in three dimensions; the dynamised remedy acts in a 4th dimension because it is not only similar to the dis-ease it is similar to the electrolytes chained in the cell. The introduction of a similar vibration from the remedy into the cell not only releases the sub atomic ions it then becomes a power for the body to heal.

When we talk of potency we mean (high) dilutions of a specific agent in water:

For instance the x in potency means 10. One drop of the agent is diluted in 9 drops of water.

The c in potency means 100. One drop of the agent is diluted in 99 drops of water.

This is repeated by taking one drop of the diluted agent and repeating the dilution with another 99 drops of water and so on.

In chronic dis-ease you may need all the potencies which can go up to 200, 1M to CM; after a time the chosen potency may fail and you would need to go higher; and once again the patient improves - as long as the patient presents the same symptoms at each stage.

That way you lessen the quantity and increase the potency [sub-atomic energy] to maintain an overall balance. So you go up the ladder until the desired goal is reached.

What you need to be careful with is starting with a high potency which could set off a violent aggravation. High potencies can be dangerous and should be treated with respect.

If a patient does not respond to a chosen remedy; it could still be the right choice but too slow-acting over a longer period of time. The patient may feel there is not a lot of improvement.

This is where a more advanced method of potency can eliminate any stop-start situation.

The 3C trituration [the ground down agent into powder form] is the start of the LM scale details; [Organon aphorism 270]. All preparations are soluble in water.

LM potencies come in dry poppy seed form and have a scale of LM 1 to LM 6. The more diluted the substance the more powerful it is and the milder the action.

The choice of LMs is always to start with the lowest potency LM0/1[ zero is the granule that is used].

The choice of LMs is based on the vitality of the patient and the degree of pathology and sensitivity. I have used LM potencies because the individual can match the dosage to suite their own requirements. The control of the dose is similar to 'plussing' which increases the energy another notch thus changing slightly the dynamic potential. The dosage for 32 days is 8 tablespoons =160 ml = 5ml dose. You can continue to double that to allow for the required length of time required and so on.

The patient can then increase or decrease the LM dose; depending on what suits the patient’s vitality. If symptoms ease but do not move forward enough the vitality may be stuck; the beauty of LMs is flexibility; you can continue going up the scale. If you change the remedy you start at LM1 again.  [Robert Barker LM Potencies].

This patient is 65 years old and suffers from severe osteoarthritis which has affected the joints in her hands, knees and toes. The joints in her hands and feet are now physically deformed. She takes Ibuprofen, tramadol and omeprazole for acid reflux, daily. The pain she describes as stabbing; she has swelling in her knee; dry eyes, sweats at night and suffers spasms in her legs when lying down.  Her trouble began 17 years ago after her Father died and her brother did not tell her. She has never got over it and does not have a good relationship with the brother or his family.  The nephew and his wife only visit when they want money; she wants to leave him nothing and constantly worries over this. She wept when telling me this; looking for my support. She was bullied at work and holds a grudge against a colleague who she said betrayed her.

She appears a very mild and sensible person but she holds onto to a lot of resentment from the past. She does not go out at all now; it’s as if she has put up barricades against the world.

She drinks plenty of water but suffers from constipation

This is a brief summary:

I started with Nat Mur tissue salts for a couple of months which reduced the pain {she only takes 1 Ibuprofen daily] the spasms at night stopped and the swelling in her knee reduced.

I felt the tissue salts were too slow-acting although she was content to continue.

I decided to put her on Nat Mur 6 but she aggravated.

To reach the cause of her disease l put her on Nat Mur LM 1. Since I last spoke to her she feels much better in herself although she is still struggling with her disability. The hospital consultant has suggested a bio-agent treatment which she has agreed to.

Useful tool for deciding on potency for a patient

To help you decide on potency, see Jonathan's suggestion - a potency tool.