Samuel Hahnemann, the discoverer of homoeopathy, said this:

"The highest ideal of cure is the rapid, gentle and permanent restoration of health; that is, the lifting and annihilation of the disease in its entire extent in the shortest, most reliable, and least disadvantageous way, according to clearly realizable principles."

That was written around 1796, but it applies just as much today. The extent of iatrogenic or medicine-caused disease nowadays is appalling.

For all the random-controlled-testing and double-blind placebo controlled trials of modern drugs before they reach the market, we still get horrifying stories of harm done to patients by these medications, evidenced by huge medical bills incurred by pharmaceutical companies through court cases brought by the injured.

For all the effort, some modern pharmacy appears to have overlooked the maxim "First Do No Harm".

That does not mean that nothing happens! Patients may undergo a phase during their homoeopathic treatment when some of their symptoms appear to get worse, or to return for a while. The point is that this happens along a path which, "according to clearly realizable principles" (see above) can be understood by the practising homoeopath. 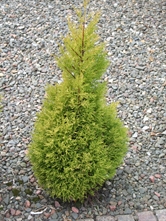 The Thuja tree - the basis for an important homoeopathic medicine - or 'remedy'.

Here is what Jeremy Laurence, writing in the Independent on 26/2/10 wrote:

"The origins of the treatment lie in the dissatisfaction that the young Dr Hahnemann, a German physician who practised in the late 18th century, felt with the orthodox medicine of the time.

His distaste for the then favoured treatments "blood-letting, purging and burning and the administration of toxic substances such as arsenic and mercury" was not difficult to understand and it led him to devote his energy to his "beloved chemistry".

By testing it on himself he discovered that it produced symptoms of fever similar to those produced by the disease itself and he speculated that this could be the real secret of its curative power.

He began to test other drugs on himself, his family and friends, such as belladonna, camphor and aconitum to study the symptoms they produced. But it was not until 1796 that he "first communicated to the world by means of public print his new discovery in medicine".

Today it flourishes as one of the leading branches of complementary medicine, with millions of adherents across the world. Walk into many  a high street chemist and in the complementary medicine section you will find arnica, nux vomica, pulsatilla and rhus tox on the shelves. The Queen, David Beckham and Geri Halliwell are among those said to swear by them."

How do homoeopathic medicines work?

Actually, we don't know how homoeopathy works, although of course there are theories, now being actively researched.

But should that be the cause of all the criticism?

The cause of all the calumny is not often the principles of homoeopathy, enunciated in careful detail by Samuel Hahnemann, but the dilution of homoeopathic medicines.

This dilution is often, though not always, to the point where there seems to be no trace of the original substance. How can this possibly have any effect on health, it is asked.

For more discussion of this, look at: